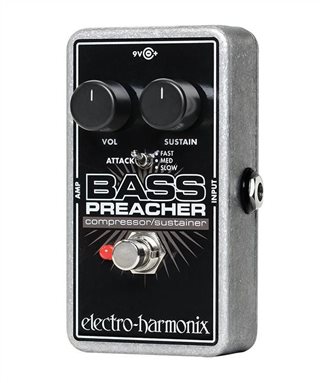 If you’re reading this, you must be getting ready to party like it’s 1983. We’ve kept your original, dry signal path analog and pure, then given you a +21db boost/overdrive preamp to smash a low fidelity digital delay chip designed for karaoke machines and kids’ toys into smeared, repeated glory. Yeah, we’re going back in time – back to when they measured data in KILOBYTES!

This pedal is VERY capable of fun runaway oscillations, both by turning up the summation knob, or a controlled, high-pass filtered oscillation from the Havoc momentary foot switch. If you’ve ever struggled to make your delays come through prominently in the mix, or lost definition from your original signal, the attack and level controls can allow you to dial up everything from crisp, clean slapbacks to dirty, muted echoes and loud, powerful repeats. A beautiful, subtle modulation circuit courtesy of our friend Jack DeVille also sweetens the repeats with just the right amount of movement.

ATTACK adjusts the gain in the repeater preamp, allowing you to boost or overdrive the echoes.

SUM is the number of repeats; set this high and this pedal can run away and self oscillate.

LEVEL is the overall volume of the repeats relative to your original signal.

MODULATION controls a gentle amount of pitch shifting in the
repeats. It was designed for us by our friend Jack DeVille at Mr. Black Pedals.

HAVOC footswitch held down will allow the pedal to run away in a focused, less ‘woofy’ manner than simply turning up SUM. Releasing it will return to the level set by the SUM control. We offer free shipping on most products of $ 100.00 and over with a dimensional weight under 35 pounds.