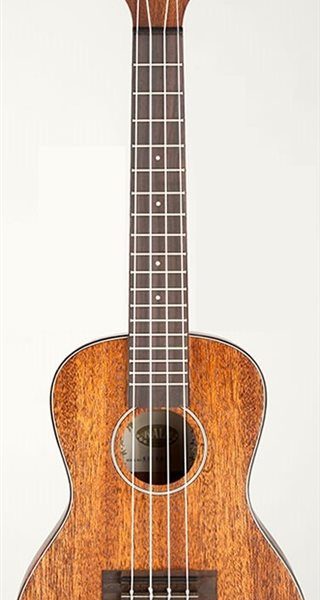 PolyTune Clip is much more than just a clip-on tuner, it’s a revolution! Perfectly combining state of the art tuning technology with an unprecedented attention to aesthetics and functionality, PolyTune Clip gives a tune-up that’s unmatched in speed, precision and grace. Not only is PolyTune Clip the best PolyTune we’ve ever made – we believe it’s the best tuner by any measure.

The Holy Tuning Trinity
PolyTune Clip is designed to be your trusty tuning companion, whether you’re going for a quick onstage tune-up or an ultra-precise setup of your instrument. PolyTune Clip sports three distinct tuning modes ranging from the game-changing polyphonic tuning mode that lets you tune all 6 strings at once, to your trusty chromatic tuner and all the way to an ultra-precise strobe tuner mode, which offers +/-0.02 cents of tuning precision. No matter what method you choose to use, the tuning trinity of PolyTune Clip will always guide you to pitch perfection. 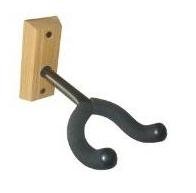 $14.49
Profile guitar hanger. Very sturdy, a good way to display your guitars on a wall. This hanger has a solid wood base, which is very durable.
Add to wishlist
Add to cart
Quick view
-13%

$99.99
The Hotone Skyline Series TREM optical tremolo pedal will deliver pulsating guitar tone. Whether it is surf you are after or something a little scarier, TREM will give you the lush, liquid waves you’re looking for. The classic tone of photoelectric tremolo, with wide range adjustability and smooth, well-proportioned pulsing character. Inspired by the legendary Fender Twin Amp*, our special circuit design ensures the consistency of output volume at different speeds. Additional EQ circuit offers more options for sound decoration.
Add to wishlist
Add to cart
Quick view

$189.99
Vibrato is one of those 'hard to grasp but oh so important' parts of guitar playing. Just think where Yngwie Malmsteen, BB King or Stevie Ray Vaughan would be without their unique vibrato. It's what makes us reckognize a guitarist after 2 notes - vibrato is what makes playing come alive. And from a subtle warble to Leslie sounds, Shaker Vibrato does what it can to liven things up! Shaker Vibrato features 2 different types of settings: a classic true pitch vibrato and 'latch mode' where the effect is only active when you press and hold the switch. This allows for subtle vibrato and faux-whammy bar effects without you having to tap dance all night. Vibrato is an effect with a wide range of applications, but it can be tough to figure out which those are if you don't get a range of sounds, voicings and expressions that knock you off your feet - and with Shaker Vibrato those surprises are always musical, never unpleasant. Featuring a set of controls and giving you control over the 'rise-time' of the effect, Shaker Vibrato vibes with your playing instantly.
Add to wishlist
Add to cart
Quick view

$212.99
Space: Above And Beyond With T2 you get 10 exclusive rocking reverbs perfectly handcrafted by people that live and breathe reverb tone on a daily basis. These sounds are designed to take you from a tiny reverberating room on planet earth and then skyrocket you into outer space, with otherworldly tones that are sure to propel your creativity into the stratosphere!   Disappear Into The Atmosphere Each custom tone has been carefully made with the ambient guitarist in mind, and seeks to push the boundaries for how modern reverbs should sound. So be prepared to disappear into a lush sea of resonating tones, with endless decay for days and beautiful swirls of modulation. Why stay confined to conventions when you can aim for the sky?   TonePrint - Signature Effects T2 also sports our TonePrint technology, which lets you beam custom tuned reverb sounds into the pedal via the free TonePrint app, or you can make your very own reverb via our TonePrint Editor. That dream reverb tone in your head has simply never been closer. So stop dreaming and start beaming!   T2 is insanely easy to use, but filled to the brim with high quality reverbs that will satisfy all of your ambient needs!
Add to wishlist
Add to cart
Quick view 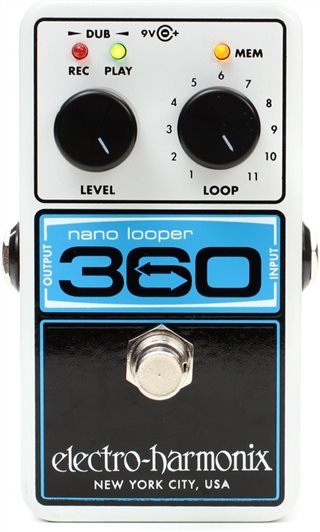 $139.99
Compact loopers are a bona-fide trend, with many new models appearing over the last year. Their small footprints and dummy-proof simplicity make the looping process seem a lot less geeky. Electro-Harmonix’s 360 Nano Looper excels on all these counts, but merits extra praise and consideration for its inclusion of an 11-position dial that enables super-easy loop storage and recall. It’s a feature you don’t see on most compact loopers, and the way it decouples loop recall from footswitch operation may prove invaluable to many players.   The basic looping process differs little from other compact loopers: single clicks initiate recording, overdubbing, and playback, double clicks stop a loop, and pressing and holding clears the loop. Meanwhile, the Nano’s 11-loop library makes moving from one loop to another over the course a set stupidly simple. It also provides the option of prerecording loops before you hit the pressure cooker of the stage. This can be a lifesaver, and it makes the 360 Nano one of the most appealing looper options for gigging guitarists.
Add to wishlist
Add to cart
Quick view
-8% 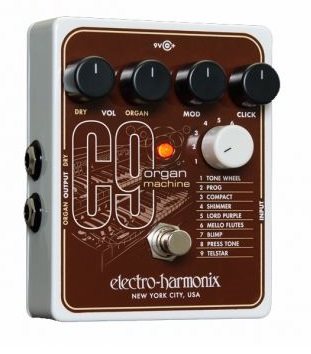 $276.00
The new C9 Organ Machine springboards off the revolutionary B9 to mine another rich vein of classic gold and provide players with nine more definitive organ and keyboard sounds. The C9 will transform your instrument into a convincing full body, electric organ or vintage electronic keyboard. For each preset chosen, it also provides precise control over important elements of that sound’s sonic fingerprint like percussive click, modulation, attack/sustain, drawbar setting or high frequency content. Blend your dry signal to create beautiful layers. Lovers of classic organ and keyboard rejoice!
Add to wishlist
Add to cart
Quick view
-27% 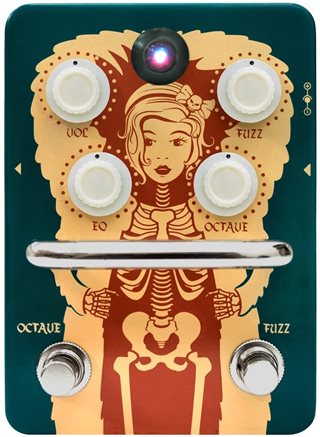 $219.99
Loosely based on the vintage Foxx Tone Machine, the Orange Fur Coat Fuzz takes its inspiration from the great fuzz pedals of the 70’s.   The Fur Coat gives you a fully controllable octave fuzz pedal. Separate switches mean you can choose between Fuzz or Octave Fuzz. The controllable Octave up fuzz means you can bring in the fuzz to whatever level you need and the EQ allows you to boost your Treble or Bass. This truly is a fuzz you control.   This is our only True Bypass pedal. This is because a Fuzz is better at the beginning of the chain where it interacts directly with your guitar. Placing the pedal further into your signal chain will give the fuzz a more distorted tone.
Add to wishlist
Add to cart
Quick view
-13% 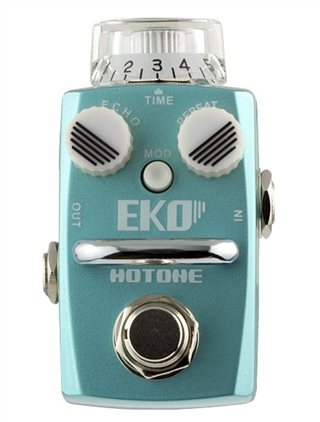 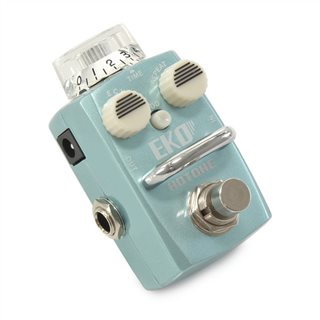