Samson Meteor Mic $109.99
Back to products
Next product 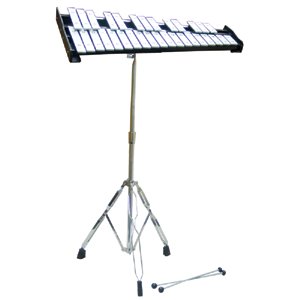 TASCAM’s pocket-sized iXZ turns your iPhone, iPad or iPod Touch into a recording studio. Plug in a microphone, guitar or bass to interact with the latest guitar amp, sampling, recording and DJ apps. The iXZ even supplies phantom power for condenser microphones. An input setting sets the gain and there’s aheadphone output to monitor from your iOS device. To turn an iPhone into a portable practice, songwriting or live recording rig, it’s tough to beat the TASCAM iXZ.

The ideal portable solution for iPhone, iPad or iPod Touch
TASCAM’s iXZ is the ultimate portable interface for recording with your Apple iOS device. It provides the inputs you need to record nearly any acoustic or electric instrument to any of the thousands of recording apps on the app store, including Apple’s own Garage Band or TASCAM’s Portastudio.

Mic or Guitar-level Input
Unlike similar recording interfaces for iOS, the input of the TASCAM iXZ can be switched between microphone-level or guitar level in. When switched to guitar level, the iXZ doesn’t require any power. That makes the iXZ ideal for practicing your guitar and bass as well as recording.
Switch to Microphone level to enable the microphone preamp. Phantom power is available for powering a condenser microphone for detailed instrument or voice recording. A pair of AA batteries (included) provide hours of microphone recording.
A hardware gain knob controls the level of the input to your recording app. This gives you a quicker way to adjust the level than software controls – if your app even has one.

Headphone out/thru jack
Since the iXZ simply plugs into the headset jack of your iPhone, iPad or iPod Touch, an 1/8" headphone output jack is provided on the back of the iXZ.

Guitar Practice – Play in headphones with a metronome and effects using your favorite app
Songwriting – Use an app like TASCAMPortastudio to build up a song before presenting it to the band
Rehearsal Recording – Plug in a mic to capture band practice
Sound Effects Gathering – Record sounds in the outside world, then drop them into your productions

$24.99
The world's first solar-rechargeable tuner is the TC-1S from TASCAM.
Add to wishlist
Add to cart
Quick view
-19% 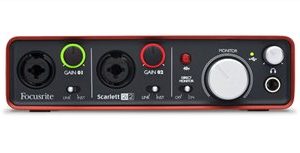 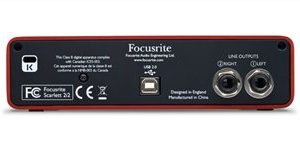 $24.99
The world's first solar-rechargeable tuner is the TC-1S from TASCAM.
Add to wishlist
Add to cart
Quick view
-20% 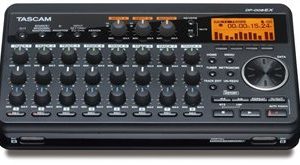 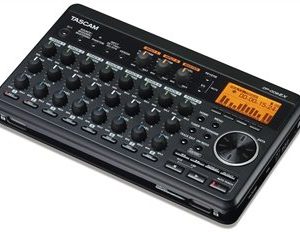 $369.00
A Necessity for All Songwriters,  POCKETSTUDIO The Perfect "Music Sketch Pad" Built-In Microphones for Multi-Track Recording Anytime, Anywhere "Music Sketch Pad" – A Songwriting Tool That Anyone Can Use Battery-Powered Compact Multi-Track Recorder Song ideas can happen anywhere. With the DP-006 and the DP-008EX, you'll be ready. Jot down ideas for your songs using these professional sounding multi-track recorders. For extra battery life, you can add TASCAM's BP-6AA external battery pack.  Built-In High-Quality Stereo Condenser Microphones – For Easy On-the-Spot Recording The DP-006 and the DP-008EX have two condenser microphones built into the front of the units. Record vocals or acoustic guitar anytime without the need for extra equipment or set-up time. TASCAM carefully chose the best sounding microphones for our recorders. Modeled after the top-selling DR series microphones, you can be assured high-quality sound. The DP-006 even includes a tripod mount for versatile set-up and placement.  Simple, Easy-to-Use Interface – Designed Like an Analog Cassette MTR Both models are optimally designed for on-the-spot recording. No unnecessary features were included that might complicate the recording to ensure easy functionality, and dedicated knobs make recording faster than digging through menus. Designed with Portastudio functionality, these POCKETSTUDIOs are the easiest songwriting scratchpads you can buy.  Ultra Light Weight Design – Carry It With You Everywhere  The DP-006 and the DP-008EX both feature ultra light-weight designs to ensure portability. The DP-006 is 13 oz, and the DP-008EX is 21.5 oz. (without AA batteries) Tuner and Metronome Included Both models include a fully functioning chromatic tuner and a metronome. Two Analog Inputs for External Microphones and Electric/Acoustic Guitar Both models have two inputs with 1/4" jacks, these terminals provide to connect an external microphone, an electric-acoustic guitar and a line-level device like a synthesizer. Cables sold seperately allow you to connect an iPad or other sound device.
Add to wishlist
Add to cart
Quick view
-20% 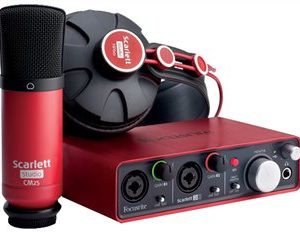 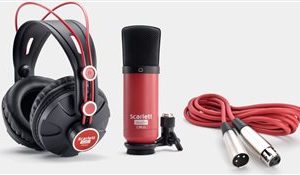 $399.00
Get it right from the start – with Scarlett Studio   The complete professional recording package for musicians   Whether you’re just starting out on your musical career or you’re a seasoned professional, Scarlett Studio gives you everything you need to start recording studio-quality music right away – right down to the microphone cable. Just add your computer.   Now you can record guitar, vocals, bass or other instruments directly into your computer, complete your recordings with studio effects and create a master mix.   Focusrite has been making high-end recording systems, used in the world's top studios, for over 25 years. That same precision engineering is now available in a compact, high-quality system for you to connect to your computer and start recording now – and it’s all inside this box.
Add to wishlist
Add to cart
Quick view
-20%