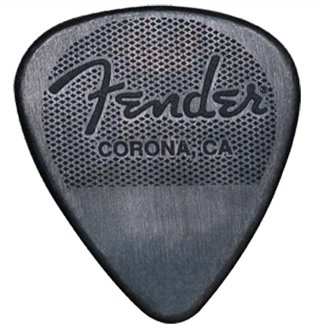 The AudioBox 44VSL is the second model in a new generation of PreSonus USB 2.0 audio/MIDI interfaces that take hardware/software integration to the logical next step. Using your computer CPU and PreSonus Virtual StudioLive™ (VSL) software, AudioBox VSL-series interfaces provide reverb and and delay effects and the same Fat Channel compression, limiting, semi-parametric EQ, and high-pass filter, as the PreSonus StudioLive™ 16.0.2 digital mixer— all with inaudible latency.

Furthermore, thanks to the power of VSL, the AudioBox 44VSL includes an 8×4 software mixer. As a result, with just an AudioBox 44VSL and your laptop or other computer running VSL, you can mix a studio session or a live show featuring, say, a guitar duo with vocals, a small band, a DJ rig with mixer and stereo synthesizer, or a panel discussion—all while monitoring and recording with or without real-time processing! And you can do it simply and easily, with no hardware mixer, no outboard effects rack, and minimal wiring, thanks to the tight integration between PreSonus hardware and software.

To top it off, while the classic PreSonus AudioBox USB is a fine-sounding unit, the new AudioBox VSL series sounds even better, with 24-bit, 96 kHz recording and top-of-the-line PreSonus XMAX™ preamps.

What’s so great about effects and processing on monitors?

Tracking without hearing effects and signal processing is like playing a video game with your eyes closed. Musicians rely on aural cues when performing, and their performance can vary depending on what they hear in their monitors. Adding just the right amount of compression, EQ, and reverb can make a huge difference in their ability to hear themselves clearly and to experience their performance as if it occurred in a natural space rather than in the artificial sonic environment of the studio. The result is a better performance and ultimately a better recording.

You have plenty of effects plug-ins for your DAW, but processing audio with a DAW takes more time than you might think. True, we’re talking milliseconds, but it’s long enough that if you put DAW effects in your studio monitors, you’ll hear the original sound slightly before the processed signal, which is very disorienting. That much delay might be acceptable for live gigs, where the band is playing together in an ambient space that has natural delay. But you can’t record that way in the studio.

Fortunately, our engineering wizards have dramatically reduced processing delay in the AudioBox VSL series. The result: dynamics processing, EQ, reverb, and effects that feel real, with no audible delay.

And if you like what you hear, you can record with AudioBox VSL-series effects, too! These are the same high-quality StudioLive 16.0.2 Fat Channel dynamics processors and EQs that professional musicians, engineers, and producers record with every day.

Great processors are a PreSonus tradition

We didn’t invent the first audio interface with effects. We simply did it better and for less money. Sure, some interface manufacturers that don’t normally make signal processors have added a compressor, EQ and a few effects to their interfaces. But the AudioBox VSL series provides all that, plus a separate limiter, expander, and high-pass filter—and we’ve been making high-quality signal processors since 1995. The AudioBox VSL-series’ Virtual StudioLive (VSL)-based effects and Fat Channel processing have been extensively field-tested and proven popular by tens of thousands of StudioLive™-series mixer users, including many top professionals.

Of great importance, thanks to VSL’s drag-and-drop convenience, adding processing and creating and loading presets is easy. Pro-level processing and superior ease of use mean you’ll get better results and have more fun!

Compact and rugged, the AudioBox 44VSL offers two convenient front-panel mic/instrument combo inputs and two mic/instrument combo inputs, global phantom power, and a total of six line-level outputs. It sports the same high-headroom, Class A XMAX preamps as the StudioLive mixers and has 24-bit, 96 kHz converters with 114 dB dynamic range for clear, clean audio. And it boasts PreSonus’ legendary 120 mW headphone output, which is loud enough to explode the oysters in a Po’-Boy sandwich. (Be careful with your level control!)

The superior sound of PreSonus preamplifiers has long been a major reason that so many audio professionals prefer PreSonus interfaces. The XMAX is the finest solid-state preamplifier we make, offering three key advantages: 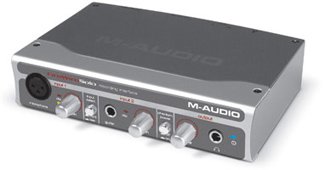 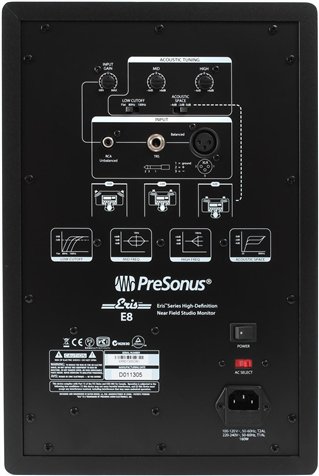 $339.00
When you’re ready to get serious about recording, it’s time to step up to PreSonus Eris-series studio monitors.
Add to wishlist
Add to cart
Quick view
-26%

$279.99
Road Tough. Studio Ready.   For more than a century, Yamaha has been building a legacy of superior craftsmanship and innovation exemplified in all of our products, from an unrivalled catalog of world-class musical instruments to touring-grade professional audio. Now in its third incarnation, the MG Series embodies this pursuit of design excellence, and incorporates some of the same technologies developed for use in high-end professional consoles, including studio-quality preamps, powerful digital processing, and a rugged, reliable construction.With an intuitive, easy-to-use interface, the MG Series boasts an extensive lineup of compact mixing consoles with models ranging from six to twenty channels, suitable for a diverse range of users and applications. For installed, recording, or live music settings, the solid construction and flexible design of these consoles lets you shape your sound with confidence, continually delivering peak performance and a level of sound quality and reliability unrivalled in its class.
Add to wishlist
Add to cart
Quick view
-13%

$279.99
Active Studio Monitors with USB Audio Interface. Moving beyond the boundaries of a typical studio monitors, Studio GT combines exceptional monitoring performance with a USB audio interface, providing a complete desktop solution for recording audio to your computer. Studio GT's professional, accurate monitoring is rendered by 4.25-inch magnetically shielded, inverted cone, copolymer woofer and its 1-inch silk dome high frequency driver. Equipped with 2 x 20 watts of internal power, Studio GT provides precise reproduction of highs and lows with the added convenience of a USB audio interface.   Studio GT houses two mic and instrument/line inputs along with gain control, clip LED, and two 1/8-inch stereo headphone outputs with independent level controls. Plus, we include a 2-position switch for no-latency directs mono and stereo monitoring. Designed to make home recording easy and professional, Studio GT includes Cakewalk® Sonar LE music production software for enhanced control over the development of your creations.   Given the system's versatile recording and monitoring solutions, Studio GT is capable of producing your next big hit in your computer-based studio, as well as performing to an optimal level in a variety of other applications.   Monitor the Hits Studio GT is the perfect monitoring system for your computer-based recording studio. The system allows multiple-users to input vocal and instrument tracks into any computer, while simultaneously monitoring the performance through headphones during recording. Additionally, each of these functions is customizable for the preferred and best possible sound. When your finished recording, Studio GT's highly accurate audio reproduction capabilities enable users to mix tracks that will sound pleasing on a wide range of playback systems. No matter the project, Studio GT ensures that your next hit will be your biggest. For Your Listening Pleasure Studio GT can be used to elevate your desktop listening experience to a whole new level. Whether it's an iTunes playlist, audio/video clips off YouTube, or CD/DVD content, Studio GT enables any desktop audio material to be customized and pumped through a set of pro-level monitors. Also, with the increasing amount of attention being paid to the audio aspects of online gaming, Studio GT possesses the ability to greatly intensify the listening experience for gamers everywhere.   Visualize the Sound As computers' audio and video technologies continue to converge, Studio GT is an essential tool in producing audio/visual projects, including film and television. With its USB audio interface, location sound and voice over audio can be recorded, edited, and then synchronized to video imaging through any computer. So when you are sitting in post-production for your upcoming summer blockbuster film, Studio GT is the active studio monitoring system with USB audio interface that you will want to be using to give your action sequence the audio/visual precision and extravagance it deserves.   Thanks to the versatile recording and monitoring solutions provided by Studio GT, it has never been easier to create professional, studio-quality tracks on any Mac or PC and transform every desktop computer into much more than a hit factory.
Add to wishlist
Add to cart
Quick view 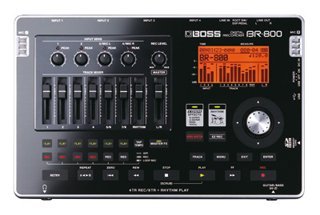 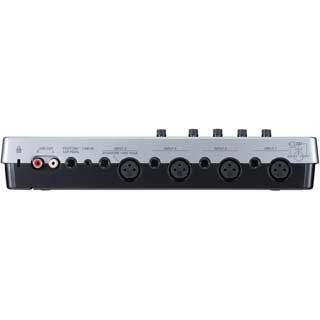 $629.99
BOSS continues its top-selling tradition of portable, affordable multi-trackers with the new BR-800 — a battery-powered studio to go. The sleek new design is made possible by touch-sensor switches and SD-card recording media. Up to four tracks can be recorded simultaneously with eight tracks of simultaneous playback plus an additional stereo track dedicated to the built-in rhythm generator. The BR-800’s powerful onboard effects processor includes GT-10/10B effects, VE-20 vocal effects and harmonies, and COSM®-based acoustic-guitar body modeling. EZ Recording feature interactively guides through the recording process. A stereo microphone is also built into the BR-800 for instant “Song Sketch” recording. No matter where you roam, you’ll never miss a moment of musical inspiration with the BR-800.
Add to wishlist
Add to cart
Quick view
-20% 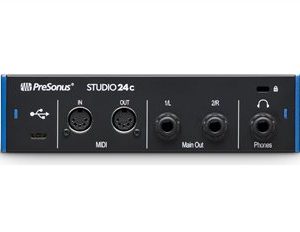