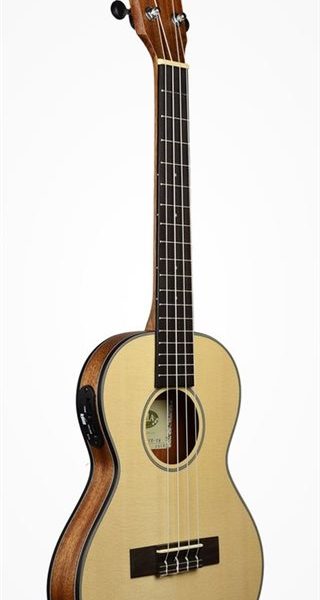 Kala SSTU-TE Tenor Ukulele Ultra-Thin - Spruce with Pickup $426.99
Back to products
Next product

The new Deluxe Bass Big Muff is the latest in the line of EHX bass specific effects. It delivers enhancements to the classic Bass Big Muff Pi that are specifically tailored to the needs of the modern bass player and gives you more tone shaping options than ever before.

Input: Musical instrument input. Plug your instrument into here. The input impedance presented at this jack is approximately 2Mâ„¦.
Output: This is the main output of the Deluxe Bass Big Muff Pi. Connect it to the input of your amp or another effects pedal.
Direct out: This is a buffered output of the original bass signal. You can connect this jack to an amplifier or different effects chain.
DI output: Low impedance output capable of driving 600ï— so that you can plug directly into a mixing console and recording equipment. This output’s signal is the same as that of the output jack.
9V Power: The Deluxe Bass Big Muff Pi can run off of a 9V battery or you can use a 9VDC battery eliminator capable of delivering at least 100mA to the 9V power jack. 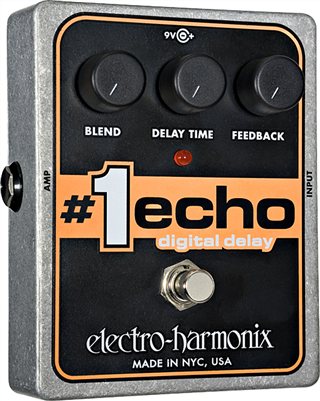 $139.99
Electro-Harmonix has a reputation for quality delays and the #1 Echo is a prime example. The tone is ultra high quality up to two seconds of maximum warm analog-sounding delay. The feedback control sets number of repeats and how fast they fade. The blend control lets you adjust the balance of echo volume with straight through signal, putting your sound exactly in the pocket you want.
Add to wishlist
Add to cart
Quick view
-31% 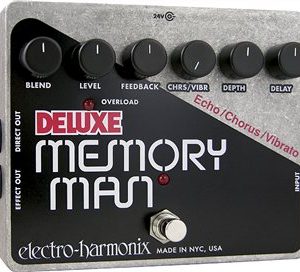 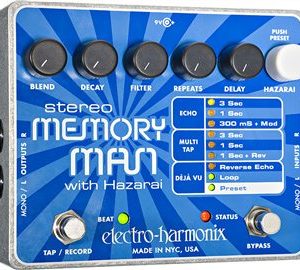 $99.00
Analog Sub-Octave Generator Get down! Generates deep, phat bass tones one octave below the notes you play. Two separate smoothing filters enable you to tailor your sub-octave signal to the exact bass sound you desire, separating the Octave Multiplexer from other octave devices. Run your vocals through it and sound just like Ike Turner. This is a monophonic device and works only on single notes.
Add to wishlist
Add to cart
Quick view
-16% 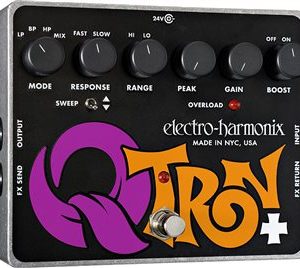 $209.99
Same design as the original Q-Tron but with extremely useful Effects Loop and an Attack Response Switch.
Add to wishlist
Add to cart
Quick view
-6% 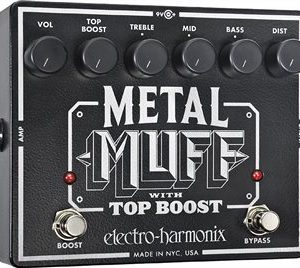 $115.00
Distortion Pedal with Top Boost The ultimate metal distortion pedal. Three powerful EQ bands sculpt the mids and 6 controls shape the sound precisely for your groove from slithering mercury to lead belly blast furnace dross. Its unique Top Boost adds serious bite with its own control knob and footswitch so you can kick it on for searing leads.
Add to wishlist
Add to cart
Quick view
Shop
0 Wishlist
0 items Cart
My account