Mahalo Mr1 Soprano Ukulele - Pink $49.99
Back to products
Next product 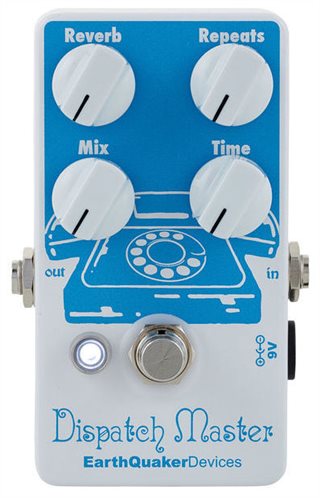 The Arrows is an all-discrete tone sculpting preamp booster. It was designed with the intention of adding an additional channel of gain to all your dirt pedals as well as brightening up neck pickups. It boosts midrange, tightens up the low end and makes the top end shine while adding some push to drive your dirt into blooming sustain with excellent harmonics. Its simple interface is no nonsense; a single control that will either boost or cut you signal. Use the Arrows to remove the muck from bass heavy fuzz pedals, push light overdrives into higher gains than you thought possible or even on its own to make your signal really pop with more pizazz. All analog, true bypass and handmade one at a time in the weird pit of Akron, Ohio. 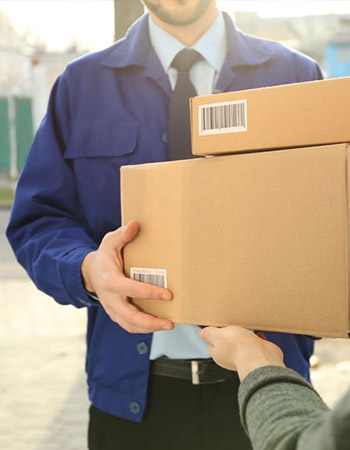 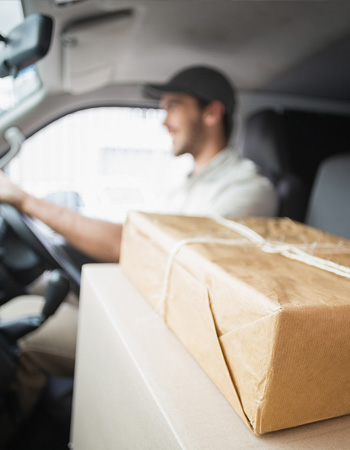 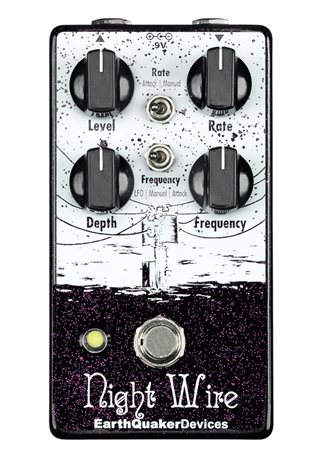 $134.99
A good booster is often the most underrated tool a guitarist can own. When placed before your overdrives or distortions, a thicker, stronger and more saturated tone can be achieved. When placed after, you get you exact tone except louder. This is great for lead passages and for causing your tube amp to naturally overdrive due to its huge amount of headroom. You will notice a slight touch of presence that lets your tone cut through the mix for those passages you want to stand out. Chords are heard with clarity and subtle harmonics shine! The Mini-Bomb MOSFET boost can do all this and at the same time only take up a 2x3” spot on your pedal board!    No frills or hype, just the best little booster you can buy.
Add to wishlist
Add to cart
Quick view 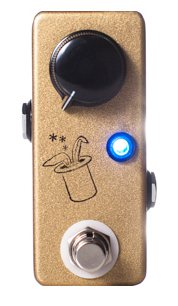 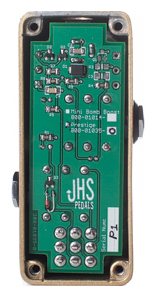 $162.00
In the footsteps of our long-ago discontinued Mr Magic pedal, we bring you the "final act" in boost magic...The Prestige!
Add to wishlist
Add to cart
Quick view 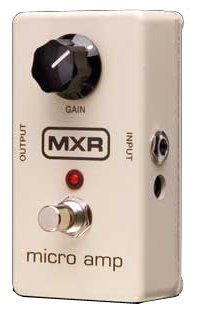 $112.99
This device adds a preset amount of gain, using a single control. With a guitar, this lets you boost your signal for lead work, adjust between two different guitars with unmatched output (i.e., humbucker to single coils), or it can supply a permanent boost in a long effects chain where signal drop off is a problem. Power: Single 9-volt battery or Dunlop ECB-003 AC Adapter - Controls: Footswitch toggles amp on/bypass (red LED indicates on) Gain knob adjusts total output volume when micro amp Is engaged
Add to wishlist
Add to cart
Quick view $139.99
MXR and Custom Audio Electronics founder Bob Bradshaw—two names that have shaped the tones of the world's greatest guitarists—join forces to bring you a dynamic new line of pedals. The Boost/Overdrive and Boost pedals are the first offerings in the series produced by MXR, featuring the unique sonic stamp of legendary designer Bob Bradshaw. Since 1980, CAE's innovative pedal designs were made in limited quantities only for his select clientele. When it was time to bring these pedals to the masses, there was only one name he could trust to deliver the same quality and standards that his customers demand—MXR. Available only from Dunlop Manufacturing, Inc., the world's leader in analog pedal technology. MC-401 Boost/Line Driver The MC-401 is simple in design but superbly effective in solving a variety of mis-matched line level and signal conditioning problems that can occur when combining effects. The MC-401's circuit design has been used for years by CAE in the world's best guitarist's rigs to remedy these problems and rejuvenate the sparkle, punch and brilliance that can be lost. It can also be used as an ultra-clean boost for solos or to drive effects for more dynamics and sensitivity.
Add to wishlist
Add to cart
Quick view 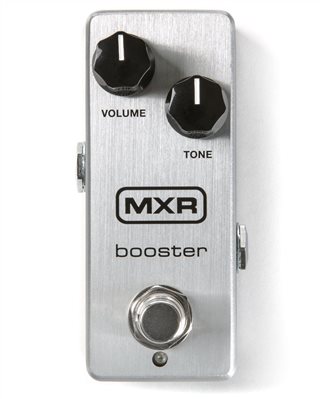 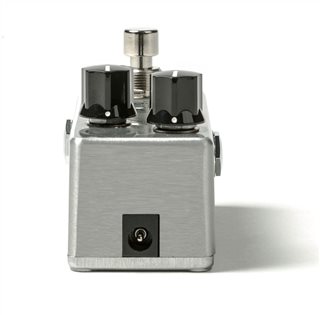 $147.99
The MXR Booster Mini gives you the sonic secret sauce of the Echoplex Preamp with the legendary boosting power of the MXR Micro Amp in a lightweight, space-saving mini housing. The Volume control has up to +25dB on tap while the Tone control rolls off highs. To add a little extra grit to your signal, adjust the internal Echoplex Preamp level control. Put the MXR Booster Mini on your board to save space, season up your tone, and fly high above the mix.
Add to wishlist
Add to cart
Quick view 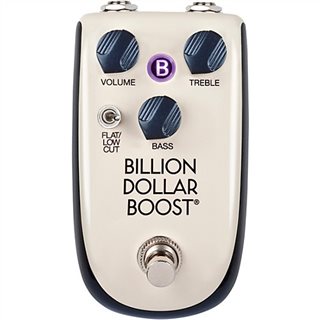 $81.99
Secret weapon of A-list Irish and Brit rockers. Reissue of rare 1980's "hidden gem". Stellar boost of all frequencies, plus clean pre amp with gobs of gain. Crisp clean tone with volume set at 50% or less. Hits amp for crunchy bite with volume past 50%. You will never part with this one.
Add to wishlist
Add to cart
Quick view

$312.00
Well known for his breakout work in the Marvelous 3, as well as production credits that include Weezer, Taylor Swift, Katy Perry, Ryan Adams, and many more, Butch Walker is one of the most in-demand guys in the industry. Consequently, he’s also one of our favorites. So when he let us know that he had been using JHS pedals in session after session, we knew we had to work with him. Walker primarily gravitates toward the SuperBolt for the way it responds like an amp, but also feels like it is an extension of his amp. So we shoved one right into his new Ruby Red Signature 2-in-1 Overdrive/Fuzz/Boost. Then we added a 2-stage boost that can be placed before or after the overdrive circuit, opening up everything from a clean boost to punish your amplifier to wooly fuzz tones that will dominate your mix. Walker needs one pedal that can do everything in the easiest way possible. With the Ruby Red, he has one.
Add to wishlist
Add to cart
Quick view
Shop
0 Wishlist
0 items Cart
My account