Elixir Strings was born in 1997. Although we were working with guitar strings already, they weren’t anywhere near a guitar. Instead, we were using them as convenient test subjects in our attempt to develop a better variety of push-pull cable. As part of this work, our research team was coating the strings with polytetrafluoroethylene, which you can just call PTFE in order to save some breath for your next show. The coated strings worked quite well as cables, but they sounded terrible as guitar strings. (Picture a guitar strung with day-old spaghetti.) Still, the mere idea got a couple of guitarists among us thinking… What if we could alter the coating and tinker with the process so the strings sounded great? Could we make a coated string that actually got called back for an encore?

The road to that mythic destination, of course, was littered with the rubble of previous attempts to do just that. Nylon, polyurethane, even pricey rare metals have all been applied to guitar strings in various well-intentioned but ultimately misguided efforts to protect strings from the enemies of tone, and all of these endeavors had had one thing in common: They’d failed spectacularly in providing great tone and long life.

Hopeless impossibility, however, had never stopped us before. So it was that we headed into the lab. We started by analyzing our favorite guitar strings in order to establish a benchmark of ideal sonic quality. Using a dynamic signal analyzer, we studied string tones, measured frequencies, and quantified sustain rates. We invented an abrasion testing device that simulated the natural wear and tear of normal use. And we brought in all kinds of high-speed photo gear to study guitar strings in use and coating durability. Then we started feverishly coating strings every way we could imagine. Each new test batch was analyzed, and those that got an ovation from our lab technicians were sent to a random sampling of the almost 15,000 guitarists who had signed up to put our ideas through their ultimate trials: playing actual songs on genuine guitars in the real world.

This lengthy field process resulted in the first official Elixir String prototypes which were sent to 5,000 musicians for testing. After a final bit of feedback and last tweak or two, we had at last produced a coated string that was judged just right by the most demanding test equipment in the world: musicians’ ears.

Since then we’ve refined our ideas and today provide various combinations of original POLYWEB® Coating and ultra-thin NANOWEB® Coating strings for acoustic and electric guitar, bass, mandolin, and banjo. Each produces a different tone “flavor,” but all are variations of the same basic idea: a microscopically thin, advanced polymer tube that surrounds the string to protect it from corrosion and dirt without making any contact whatsoever with the critical area between the windings where the “critical zone of tone” is found and each perfect note is born.

For these and many other reasons, Elixir Strings have struck a serious chord with musicians around the world. Whether you’re playing for yourself or for an arena packed with fans, players report their tone lasts longer than any other string, uncoated or coated. This means you buy fewer sets of strings, change them less often, and trust that your guitar is ready to go when you are. 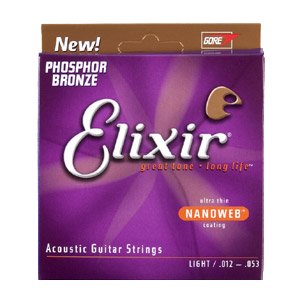 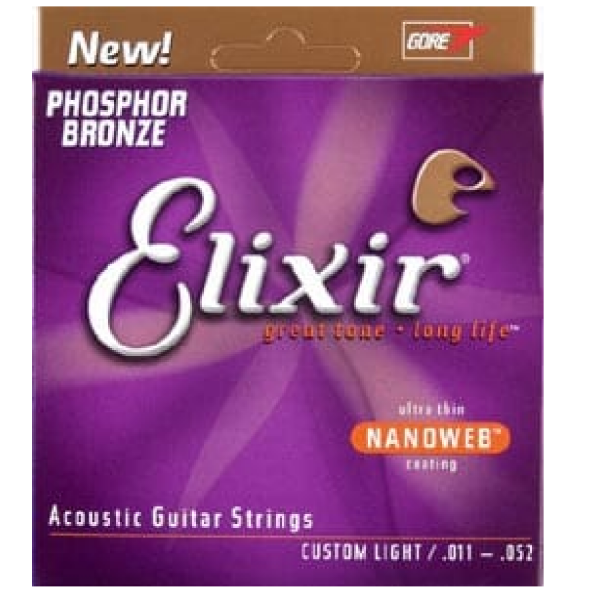 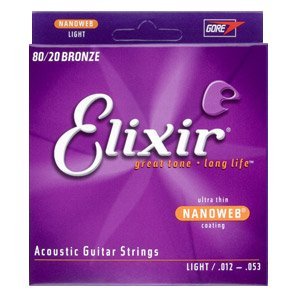 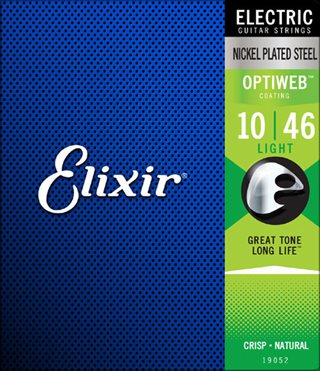 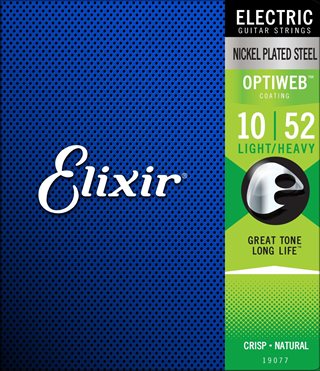 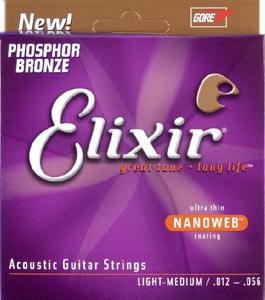 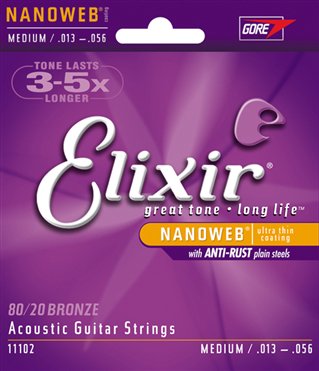 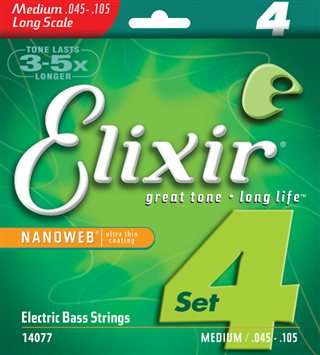 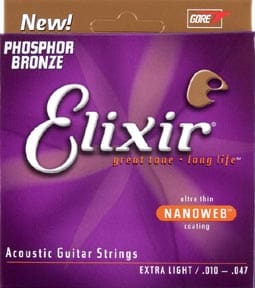 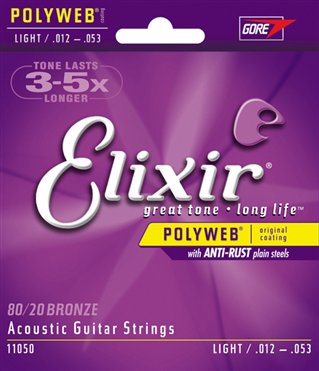 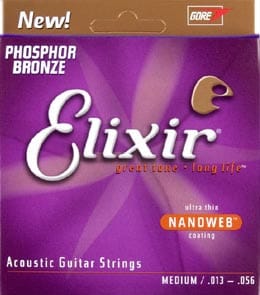 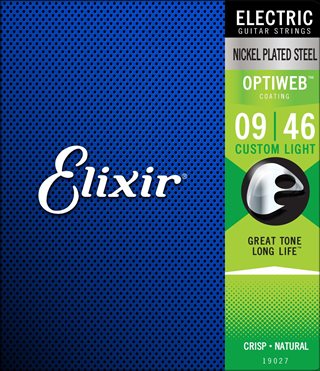 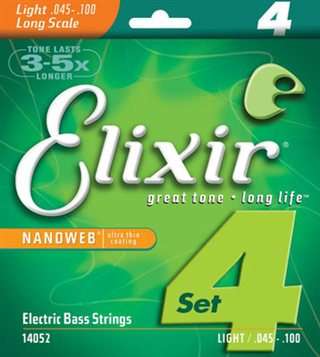 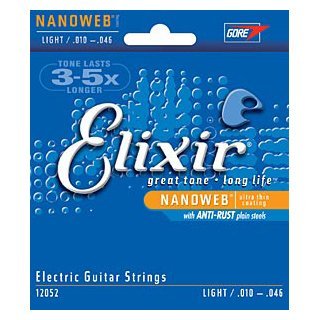 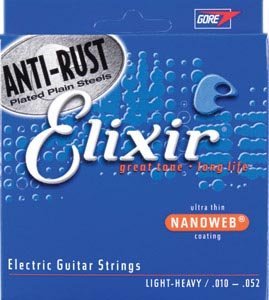 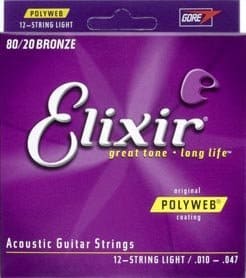