CAD Audio originally took shape as the Astatic Corporation in 1931, founded by C.M. Chorpening and F.H. Woodworth, two ham radio operators who needed a static-free microphone for their transmitters. They worked with local engineers to develop the company’s first crystal radio microphone, the model D-104.

Having overcome the problem of static—hence the company name “Astatic”— and improved the quality of radio transmitter microphones in general, Chorpening and Woodworth went on to incorporate in 1933 and develop a line of innovative crystal mics, phonograph pickups and recording heads. Astatic also made significant contributions to the allied effort in World War II with an underwater sound detection hydrophone and static-discharger for Army and Navy aircraft.

Now known as Astatic Commercial Audio Products, the company has evolved into a successful manufacturer of commercial microphones for a wide variety of industrial applications. Astatic microphones can be found in restaurants, airports, churches, schools, and corporate boardrooms worldwide. Their ongoing success is based on Variable Pattern Technology available in hanging, gooseneck, and boundary types. The pick-up patterns can be controlled on the microphone, by using the remote pattern control box or through some of the industries’ most popular digital signal processors. 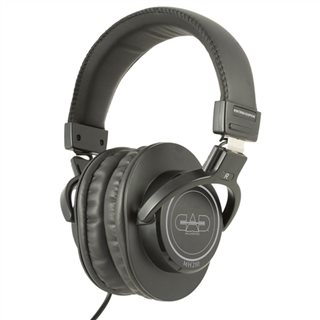